The following table compares some key features between various versions of Visio.

To see which version you are using, open Visio and go to File > Account or File > Help. For more details, read What version of Office am I using?

See this page to try or buy one of the Visio subscription plans.

1 Requires a Microsoft 365 subscription to use Microsoft Teams

3 Requires an Office 365 commercial or standalone subscription to SharePoint

4 Setting IRM permissions is only available in the Visio desktop app; however, those permissions are honored for Visio files stored online and accessed through the Visio web app

5 Requires a license for the desktop version of Office apps

6 Data connectivity to these sources requires an Office 365 subscription for Excel, Exchange, or SharePoint; Exchange and SharePoint can also be purchased as their own subscription; SQL Server and Azure Active Directory are sold separately, too

5 Requires a license for the desktop version of Office apps 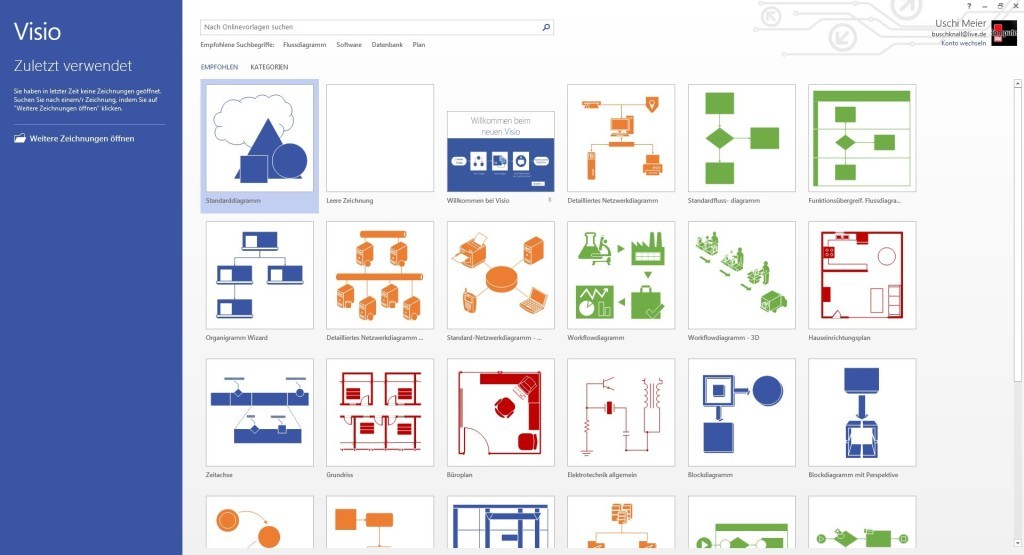 See this page to buy one of the versioned Visio products.

Standard versus Professional editions of Visio

Both editions come with templates to help you get started. The Professional edition helps you make more kinds of drawings:

Professional edition includes everything in the Standard edition, plus:

Tools for collaboration and for linking data to your drawings are also included.